Finding out about the United Nations

It was United Nations Day on Sat, Oct 24, 2009 and we have been doing a lot of work talking about the United Nations and Convention on the Rights of the Child so we thought it might be a good idea to find out about the UN itself . We decided to interview the British Permanent Representative to the United Nations Sir John Sawers KCMG . Sadly Miss Allen would not let us fly out to New York so we put together some questions and did an e-mail interview. However whilst we could not visit, we did send out Millie Bear our school Mascot to have her picture taken.

1.) Is it nice being in New York? Do you get homesick? What do you miss most about Britain? What I miss most is being with my three kids, and following British sport. President Obamma

2.) What was the best speech or debate you have heard? President Obama’s speech at the UN General Assembly in September this year – it was inspirational and authoritative.

3.) Do you like the way the UN works, could it be changed for the better? Things can always be changed for the better. It’s important to me that the UK helps to improve the way the UN works in several ways. One is by reforming the Security Council, which needs to become more representative of all parts of the world. We’re also working to improve the UN's finances and make the UN better at peacekeeping and preventing conflict. I believe we can make some important improvements in the next few years. Miss Alien -our headteacher- is out of this world

4.) Do you think if Aliens landed all the countries would better work together in the UN? Who do you think the Aliens would want to speak to first? Alien visitors would certainly shake things up. I think the first person they’d need to speak to would be one of the UN interpreters! We have a lot to deal with on this planet though – the UN’s focus is helping people affected by war and poverty here on Earth. Did you know there is a UN Committee on the Peaceful Uses of Outer Space?

5.) If you could have one magic wish to cast at the UN what would it be? To move instantly to zero carbon emissions, so our climate can stabilise. Working as part of a team is an important skill

7.) Recycle to save the planet and cash too!Do you recycle or have an ‘energy enforcer’ (bit like a milk monitor job but for saving energy) switching off unnecessary lights at your office. We have a “Green Team” who make sure we’re being as green as possible. We recycle paper, card, glass bottles and metal cans. We also buy recycled stationery and all our printers print on both sides of the paper to cut waste. Our lights have movement sensors so they switch off automatically when there’s no-one in the office, but our security guards also check at night that the lights are off in empty rooms.

8.) Is the UN HQ building nice to work in or is it too old? The UN building was constructed in the 1950s so considering its age, it’s holding up quite well! But it was built in the days before mobile phones and computers, and health and safety rules have been updated too since then, so it’s a bit out of date now. There is a major programme going on to upgrade the inside of the building; we are looking forward to a more modern, secure and spacious building in 2013.

9.) Celebrate the CRC@20Do you think children know enough about their rights or the UNCRC? I’m very pleased you are learning about the UNCRC at school. Like you, every child should know their rights and be able to exercise them. That’s one reason why we need to promote better education for children around the world, particularly in developing countries, so by next year the UK will be spending £1 billion every year in developing countries on providing primary education for all children. This year is the 20th anniversary (on 20 November) of the UNCRC. It is the most widely ratified of all UN Conventions. This Convention has helped to improve and promote children's rights all over the world.

10.) If we wanted to work at the UN what advice would you give us? What qualities do you think we would need? The people who work here have all kinds of different skills – apart from the diplomats, there are also scientists, lawyers, translators and press officers, to name but a few! You need to be interested in the world around you, and to want to make it a better place. You also have to like working with different people from all around the world. My advice to you would be never to be embarrassed about asking questions when you don’t understand – that’s how you learn about the world. And of course… do your best at school!

13.) What is the most important question you never get asked in interviews? “Why does it matter?” We get too focused on the process in New York, and not enough on the impact our decisions have on ordinary people. Nelson Mandela

14.) Who is the nicest person you have met? Nelson Mandela. He always has so much time for people, and he has such natural charm.

16.) Do you get along with other representatives? We have to work together a lot so we get to know each other quite well. Everyone is very professional so we all get on well.

17.) How many languages do you need to speak? Speaking languages is an advantage, but interpretation is provided in most meetings. We do a lot of UN negotiations through the European Union so French can be particularly useful.

18.) How do you speak to ambassadors form different nationalities? Mostly in English, which many of the other ambassadors speak fluently.

20.) Do you have to travel to meet foreign ambassadors? The 192 member states of the UN have ambassadors here in New York. But when I do travel, I meet a lot of interesting people in foreign governments – this year I’ve been to Africa, Washington DC and also to London several times.

A huge thank you to Sir John, Harriet, Angela and all the lovely people at the UK Mission who have taken the time to help us, we think they are great. You can find out more on the UK Mission to the United Nations on their website. The United Nations website is here. In November Sir John has moved on to a new role as chief of the Secret Inteligence Service or MI6.

You can see our own School Ambassadors page here and you can see us and the school council learning a bit more about the United Nations Convention on the Rights of the Child here. "UNICEF UK Tagd is a network of young people in the UK who are committed to children's rights. By fundraising, campaigning, and spreading the word, you can reach out to all the world’s children, adding your voice to theirs." This great website it has all the latest news and ideas. So why not click the logo to visit, find out the issues and tell us what you want to do. 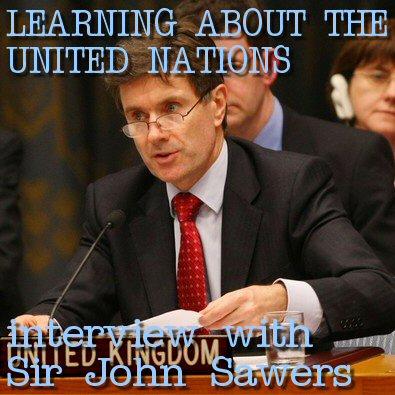 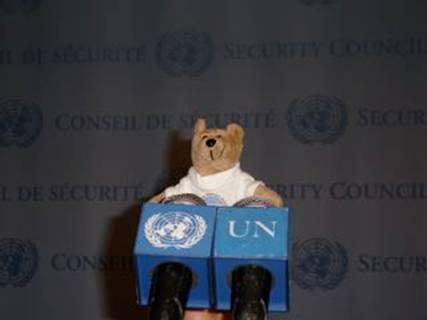 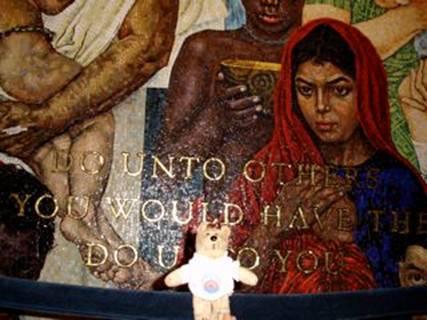 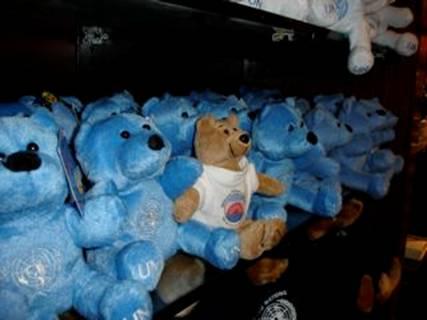 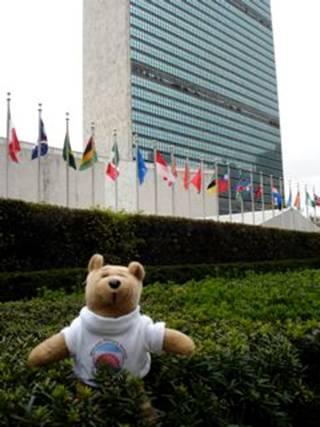 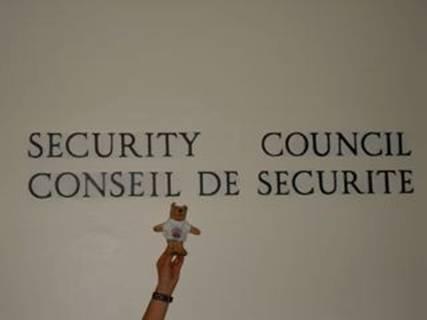